Generators convert mechanical energy into electrical energy. It can be used to power all electronic appliances such as refrigerators, fans, lights and water heaters. Portable generators can be used in camping trips, to power lights, radio, CD players, television and laptops. It can be used to power an RV or camper, they are easy to install and occupy less space. Contractors and construction workers make use of generators to power construction equipment, they are used in cases where the construction work needs to be done away from the power outlet. They save time and money as battery powered inverters are susceptible to overload and aren’t powerful enough to run heavy machinery.

Kitchen appliances such as microwave ovens, big screen TV’s, induction cook tops, electric cookers are powered by standby generators. These generators run on natural gas such as propane or CNG, they are eco friendly as they do not emit harmful gasses. They are more complicated to install as they need a large storage tank for storing gas, they preventing voltage fluctuation. They are more powerful than portable generators and can power heavier equipment such as industrial machinery, water pumps and other similar equipment. They are commonly used in domestic homes and corporate offices. They are used to power small towns and villages by providing safety for residents who live in adverse climatic conditions.

All generators are classified based on their power rating, this rating enables customers to choose generators related to their requirements. Some popular locations to find suppliers selling generators in UAE are SAIF zone Sharjah, Industrial area 3 Sharjah and JAFZA noth jebel Ali.. 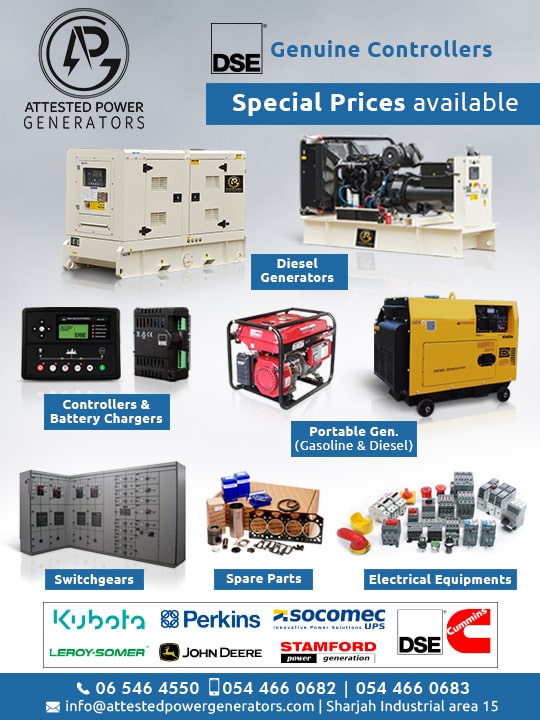