An external floating roof tank is also a cylindrical tank with a roof that is not attached to the tank. Instead, the roof floats on the liquid in the tank and rises and falls with the level of the liquid. The external floating tank reduces the loss of the liquid through evaporation during the storage period. An internal floating roof tank has both a fixed roof and a floating roof. Horizontal tanks are usually built with steel or steel with fiberglass and are manufactured for both above and underground. Variable vapor tanks are manufactured with vapor reservoirs to accommodate fluctuations in vapor and temperature. A liquefied natural gas tank is used to store liquefied natural gas. They are built for underground and above ground applications and can store Liquefied Natural Gas (LNG) to temperatures as low as -162oC. The best-known locations in UAE to find tank manufacturers are Industrial area 1 in Sharjah and Al Quoz Industrial area in Dubai. 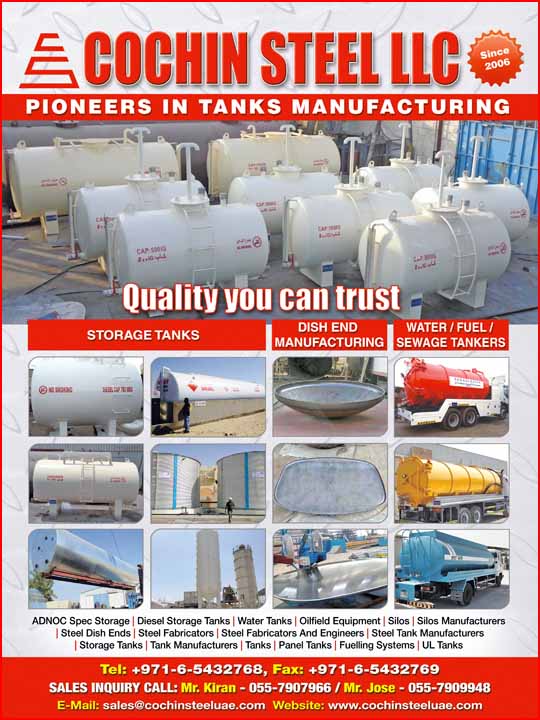